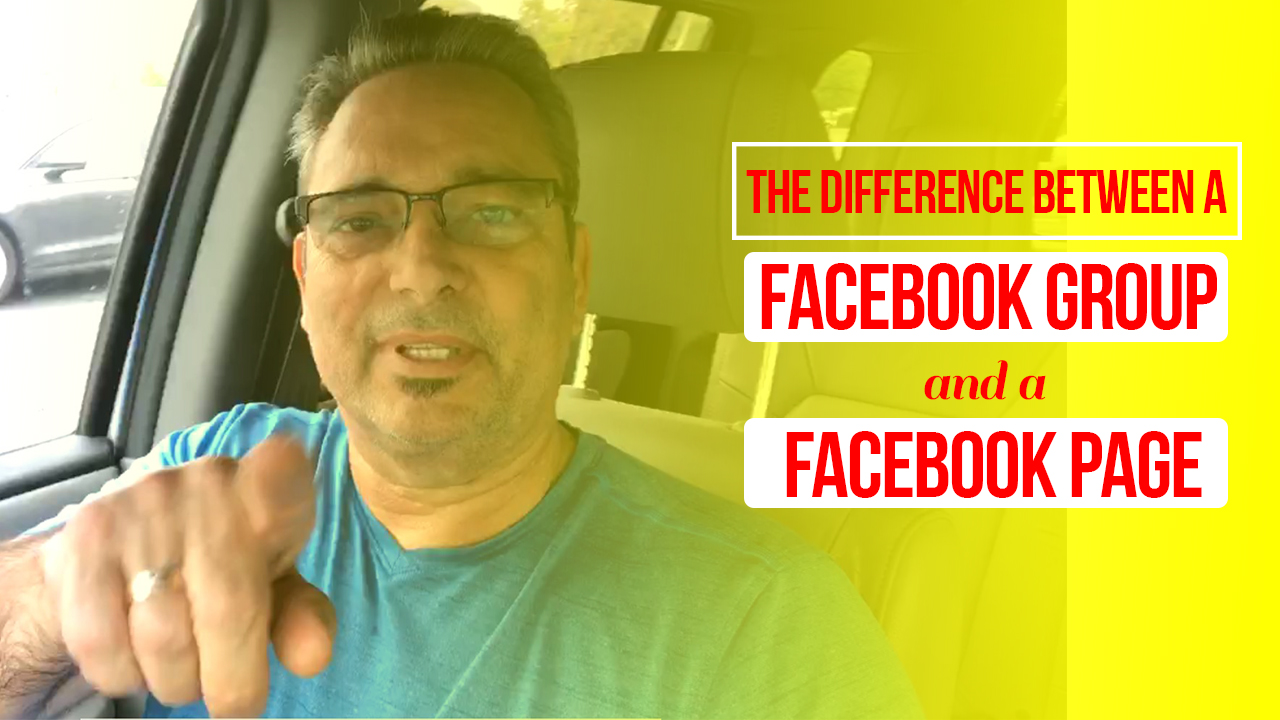 Hey guys. JR Fisher here. Early morning here. Well I guess not that early on a Thursday. And wanted to talk to you guys a little bit about your Facebook groups and your Facebook pages because they are really different. And I had somebody last night give me kind of a view here. Got a nice lake behind us this morning. Good place to video. I had somebody send me when there’s little messages last night to like their page and it was a page and we’re gonna we’re gonna say it was about dresses and it was like something that entirely wouldn’t match me at all. And I went to talk to you guys because there’s a lot of confusions about you know Facebook pages versus Facebook groups in which when you need in which when you don’t need. So I just want to kind of clear that up a little bit. I want to get back to this Facebook groups and page thing. What. What are they. I mean what do you need them for. Well obviously if you’re going to run an ad Facebook requires requires that you have a Facebook page. Now you know a number of years ago everybody was getting their pages or business pages and they were getting like tons of likes. That was the thing. You know I got to get a lot of likes from my page. Got to get a lot likes. And you know it was working out well actually because people would post on their page and then everybody who liked their page would see the posts. Cool.

It worked out well and people businesses were actually selling stuff to people who would like their page and Facebook looked at that and said well that’s not going to work out because we’re not making any money on that. How do we make any money if you know they’re just posting for free and they get all these you know thousands of people like in their page they’re getting these basically free ads. And I understand that Facebook has to make money. I mean they do it only makes sense. So Facebook changed it so that you know the people who like your page now there’s only like 1 percent of the people that will ever see a post. If you’ve got like 10000 likes on your page and you do a post hundred people may see it. So that’s not going to work out for you. You’re not you’re not going to be able to post on your page and maybe if you had millions and millions and millions of people which that would take a long time to get there. And the other thing I see is that like that that message gets sent to me last night I mentioned in the beginning. They wanted me to like their page but I didn’t match up to their demographic.

And you don’t want that either because you don’t want a bunch of people liking your page that don’t match your demographics because if you do that then when you want to go back and re-target the people who like your page to sell them Sell them you’re going to be sending a message to a bunch of people that don’t match it’s going to it’s going to mess up all your Facebook algorithms so you don’t want people liking your page that don’t match your niche. So how do we correct that. How do we do post how do we reach those people that are interested in our niche. Here’s what you do. You start a Facebook group now a Facebook group and I have one too it’s called The Art of e-commerce success. You’re welcome to join that one. It’s a it’s a closed groups. You do have to ask a couple of questions in there but it’s all about e-commerce. That’s all it’s about. It’s a helpful group that teaches people e-commerce and how to sell stuff online. Now why do I have that group. Well I have a group number one to help people. I mean bottom line if I help enough people then they’re going to say hey this guy’s got helpful stuff maybe I’ll buy something from him one day. So you know hopefully you know we’ll sell something. But how this would work in a different niche is let’s say you know you were selling. I don’t know stuff to do with elephants you know. You had elephant jewelry you had elephant necklaces and T-shirts and mugs. Then what you would want to do is not start a company group and you don’t want to say ABC Elephant Company. What you would want to do is you would start a group that’s maybe Save the Elephants OK or you know information about elephants. And in that particular group which you would do is put tons of great information about elephants OK about how to save elephants and how to help elephants and all that.

And then every now and then you can post something that you want to sell those people not all the time. Not all time. I’ve rarely posed to my group to sell to these people but they get to know me. And if they get to know me and they know my group and they know I’m helping them out. Then in the long run they’re going to start checking out my other stuff and probably buy something. Now why do I want a group as opposed to a page. And first off you still have to have the page the page is still required. That’s not going to go away but in a group what happens is if you can tell the people and what I do is I have a little video that shows it. But when they join the group I tell them to click on Show notifications for everything. And if they set their settings to where it shows notifications for everything then I can post in the group and everybody who has those notifications turned on are going to see my post. So. Now I can actually reach those people so if I’ve got you know we’ve got over a thousand people in that group when I do a post in there and those people have no notifications turned on they’re going to see my stuff which is good. That’s what I want. OK. And if you think about it guys you’re you may be thinking why didn’t Facebook to show your stuff to everybody. They can’t they can’t.

I mean you know if somebody if somebody join you know 50 groups and they liked you know 500 pages how in the world could Facebook show that to all those people. So what they do is if you’re in a group and you turn on your notifications to show all OK. Then of course whatever I posted there. Everybody in there that has those notifications turned on is going to see it. So it’s really that simple. You really do need no matter what your niece is you need to have a group to show that you’re helping people out in that particular niche. If you do that and they see that you’re giving value you know before you ask for their money they’re going to be a whole lot more likely to buy from you. So I hope that that clears it up. I hope you understand with a difference in a group and a pages in and do me a favor if you are watching this either now live you know right now or if you’re watching it later on please do comment in that comment section there. Put in there if you like something if you’ve got a question about something. Now this is true even if I’m not live in other words if you’re seeing this recording because once well once I do when these lives then it stays on Facebook. But even after the fact if you post in that comment section and you have a question I’m going to get notifications and I’ll come back and I’ll answer your question which is cool right. Get a free answer right that cost you anything.

In addition to that it helps me out because the more comments that we get in the comments section there the more this video will have interaction or interaction it has the more Facebook says oh there’s interaction in this video we need to show it to more people because they like this video. OK. So that would be really cool. So share it with all your friends at that little share but you can share it to your timeline if you’ve got any other pages you can share it to them. I’d really appreciate that. So anyway I hope that clears up everything about this page and group thing you have to have a page you don’t have to have a group but you really should have a group that’s where you’re gonna make your money is having a group and building that following. So it’s really that simple. So anyhow don’t forget the comment down there. I’d really appreciate it guys. I will talk to you very soon.