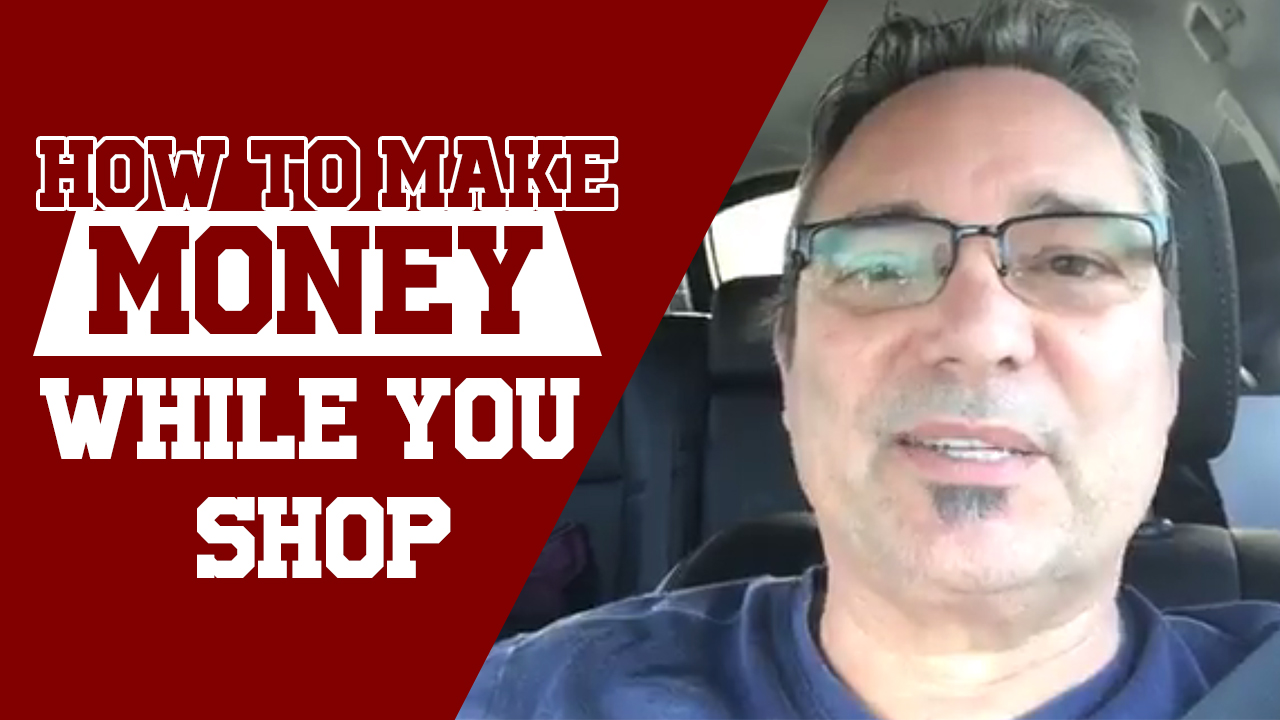 Hey Everybody JR. Fisher here when I make this quick video just actually we’re stuck in traffic we’re actually stuck in traffic here in California. The rain has stopped and the ability of people to drive in California has not improved. Surprisingly even without rain they don’t drive. We just passed two cars half way one lane after another. So we were out shopping and I was checking my phone and I looked down at my phone. I checked my email and guess what. I made money. How do I do that. How do you make money when I was shopping. Because I have stuff set up and that’s the cool thing. That’s a cool thing. What’s also cool that on Friday afternoon that we can go off to lunch. Oh yeah. There’s Jessica. Jessica she’s driving me and it’s driving me Jessica. So.

So anyhow we went to lunch and we went shopping and I made money and I thought that was pretty cool. And it’s cool because I have an email list.

And this email list I have it set up to wear when people get tagged with certain things or they opt in for certain things or they buy certain things or whatever that tag will then trigger a sequence of e-mails that goes out to them at set times and offered to sell him stuff which is pretty cool. So that e-mail list is pretty important. I’m going to tell you how important that e-mail list is. I was buying some stuff in one store and I think it was some shoes or something I can hear what it was but we were buying some stuff and the guy says I’ll give you an extra 10 percent if you give me your email that we’re we’re we’re have this promotion now where we give you 10 percent off your sale and that 10 percent amounted to twenty five dollars twenty five but they paid me twenty five dollars to get my email. Now keep in mind I can’t just unsubscribe you know immediately. So they would have lost that money but this is a big company and it tells you what the value of an email is if they’re willing to pay you 25 bucks for your email knowing that you can just unsubscribe immediately. Man What does a customer worth. Well it depends. But I read the other day that at Home Depot a single customer if they get a customer will spend ten thousand dollars over the lifetime of that customer.

Do you think it’s been twenty five dollars to get a customer. I bet they would bet they would. You know they do. Right. Because there were ten thousand dollars that’s insane. So if you want to do this stuff it’s not that hard. Everybody thinks well you know you’re special or you got lucky. Now there’s plenty of people making money online. I’m not the only one and I don’t think you really believe that. But it’s easy to tell yourself that because it prevents you from trying. And I don’t want you to do that. Matter of fact here’s what I want you to do. I’ve got a book on how to find products online. That was a great segway right. And that book will show you how to find a profitable product sell online some You guys don’t have a product and you’re letting that stop you. You’re saying well I don’t have anything to sell if I only had something to sell. Man there’s so many things to sell out there.

It’s an insane amount of stuff like a good just because whatever she’s driving me like it’s good she’s doing well. Make sure you see her too because I’m not driving and doing this though I normally do. But I had a little section cup on the windshield so that’s OK. So I want you to see how easy it is to do this. Here’s what I want you to do in the comments. And if somebody else posted there I’d really appreciate it too. Jessica is not there to post it for me.

Oh well in the comments if you would post a link to my book this book you can read like in two hours and you’re going to know how to find a profitable product to sell online. Why. Because the name of the book is four steps of how to find a profitable product to sell online. Pretty cool title right. That’s what you want to do. It’s in the title. Get it go get it. You’ll get that book. Go to www.jrfisherbook.com jrfisherbook.com. Go there. Write down www.jrfisherbook.com. But wait you want to hear the rest of this right. Course you do. Of course you do. So the point today is several and I was live earlier this morning but I really want to make this point. It’s a Friday afternoon and dang it we’re enjoying it.

We’re out. We had a nice lunch at Italian restaurant went to a nice mall did some shopping. Cruisin down and when we’re not cruising is pretty slow but we’re driving down the interstate heading back home now. I’m going to have a nice relaxing evening but been working hard all week. You got to work right. Got to do that and you got have set to sell and if you want something to sell if you want a physical product to sell that’s gonna to work it’s going to make you money. That’s guaranteed to make you money then you want to go grab my book.

It tells you how to do that. It’s www.jrfisherbook.com. So anyhow just one share that with you and the fact that if you build this e-mail list you can e-mail him you can make money while you’re shopping. That’s what I just did. That’s awesome. I made money while I was shopping. Some cool stuff and America’s great. This is awesome. And the Internet it’s just awesome. And you know what the internet is available to everybody. Well there are some places that you can’t get it. I won’t mention this country’s we don’t live there or you wouldn’t be watching this. You have the internet so you’re set to go. Go grab the book www.jrfisherbook.com. Learn how to find some products and make money while you shop. Hey Jessica. Say goodbye.

She say goodbye. Talk to you guys later.